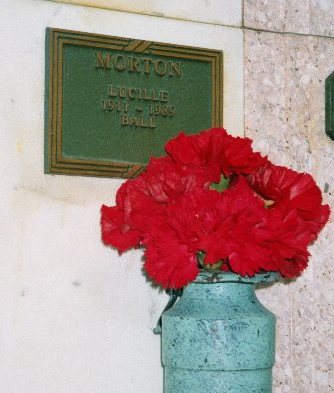 
Though best known as the ditzy redheaded star of the 1950s sitcom "I Love Lucy," Lucille Ball was also a pioneering television producer and studio executive.

From an early age, Ball dreamed of being a performer. She took music lessons and dropped out of high school to take acting classes -- though she was sent home when her teachers told her she was "too shy." Ball finally landed a spot in the Ziegfeld Follies road show, and as a chorus girl in a few Broadway musicals. She came to Hollywood and made her film debut as a chorus girl in "Roman Scandals" (1933), starring Eddie Cantor. She played small roles as unnamed telephone operators, college girls, fashion models and store clerks in dozens of films for the next several years, including "Three Little Pigskins" (1934) starring the Three Stooges; "Top Hat" (1935) and "Follow the Fleet" (1936), both starring Fred Astaire and Ginger Rogers; "The Three Musketeers" (1935); "The Whole Town's Talking" (1935); and "Room Service" (1938) starring the Marx Brothers.

One of Ball's first big films, which showcased her acting ability and her natural talent for comedy, was "Stage Door" (1937), an ensemble drama about a boardinghouse full of aspiring actresses, also starring Katharine Hepburn, Ginger Rogers, Ann Miller and Eve Arden. While starring in "Too Many Girls" (1940), Ball met Desi Arnaz, a Cuban bandleader and rhumba singer who had a role in the film as a football player. They were married seven months later, but spent most of the first 10 years of their marriage apart -- Arnaz was traveling with his band, and Ball was appearing in films including "The Big Street" (1942), "Du Barry Was a Lady" (1943), "Lured" (1947), "Sorrowful Jones" (1949), "Fancy Pants" (1950) and "The Fuller Brush Girl" (1950). To remedy the situation, Ball and Arnaz came up with the

idea of co-starring in a television series about a scatterbrained woman and her Cuban bandleader husband. Although CBS wanted Ball, they were strongly opposed to the idea of Arnaz playing her husband, fearing that the audience wouldn't be able to understand him because of his thick accent. So Ball and Arnaz created the Desilu company to produce the series, and took a stage version of the show on the road to gauge public opinion. Based on the rave reviews, CBS agreed to take both performers, and "I Love Lucy" debuted in 1951.

During its six-year, 153-episode run, "I Love Lucy" became one of the most popular television series in history, with some of the most memorable slapstick scenes -- Ball trying to do a commercial for a vitamin drink and getting tipsy from the high alcohol content, Ball adding too much yeast to a recipe and getting trapped in her kitchen by a monster loaf of bread, and Ball working in a candy factory and trying to keep up when the conveyer belt goes faster and faster.

Ball married nightclub comedian Gary Morton in 1961. The plaque over her grave also contains the name "Morton." Buried next to Ball is her mother, Desiree E. Ball (1892 - 1977).

NOTE: Although Lucy was originally buried at Forest Lawn, her remains were moved in 2002 to Lake View Cemetery in Jamestown, N.Y., near her hometown.