What's the one place in Hollywood where you're guaranteed the chance to get "up close and personal" with real celebrities and legends of the entertainment industry? Strange as it may seem, cemeteries are quickly becoming 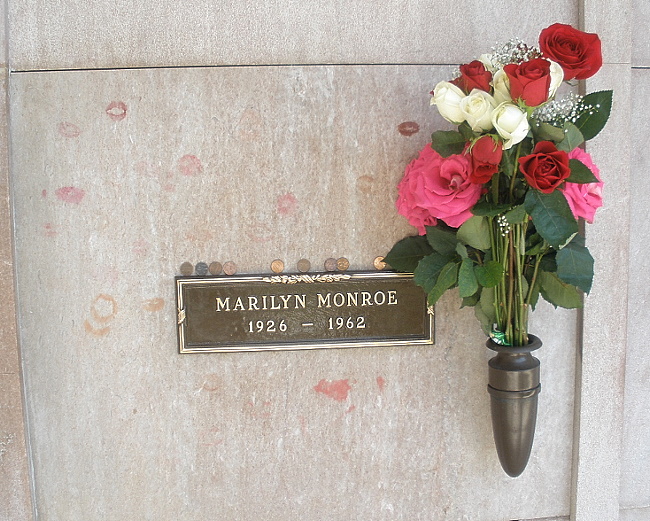 one of the most popular destinations for Hollywood tourists and film fans who want to visit the final and permanent homes of the rich, famous and passed-on.

But why do fans want to see the plot of earth or marble vault that houses a celebrity's earthly remains? What's the attraction to seeing a celebrity's name etched in granite or printed in bronze, along with the dates of their birth and death?

You could just as easily ask why do fans buy a map, or pay to be driven by the bus-load past the homes where celebrities haven't lived for years, if they ever lived there at all? Why do fans spend thousands, even millions of dollars to buy items of celebrity memorabilia?

Simply put, we are fascinated by celebrity, and our fascination is growing.

For many celebrities, their final resting places have become a major part of their history and legend -- for example, the mysterious "Lady in Black" who visits Valentino's crypt every year on the anniversary of his death; ex-husband Joe DiMaggio making arrangements for the delivery of six red roses to Marilyn Monroe's crypt, three times a week, for 20 years; or the strange journeys made by the body of actor John Barrymore -- immediately after his death in 1942, and again 38 years later.

Visiting the graves of celebrities also gives fans some insight into the celebrity's personality, and how they wished to be remembered. Some celebrities left detailed instructions in their wills, with directions 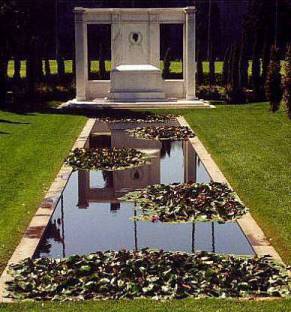 on exactly how and where they wanted to be buried, and set aside enough money to pay for their lavish funeral services and breath-taking memorials. Some celebrities, like Douglas Fairbanks Sr. (left) and Al Jolson (below), were laid to rest in elaborate and majestic settings, complete with marble pillars, huge reflecting pools and fountains, cascading waterfalls, and statues of themselves. Perhaps they just wanted to make sure they would never be forgotten. Some celebrities, like Bing Crosby, Fred Astaire, Lucille Ball and Burt Lancaster, requested small, private memorial services, or no memorial service at all, and modest, humble burials.

Hollywood Remains to Be Seen: A Guide to the Movie Stars' Final Homes, exhaustively researched and written by award-winning journalist Mark Masek, is a comprehensive and indispensable guide to all the best-known -- and some not so well-known -- Hollywood cemeteries. Although 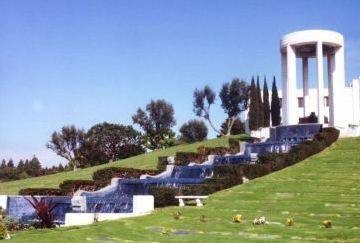 many travel guidebooks and other reference books or directories may include brief information about a few cemeteries -- and much of the available information is incorrect -- Hollywood Remains to Be Seen includes information about the history of 14 Hollywood cemeteries, as well as a detailed listing of exactly where the stars are buried, arranged in an easy-to-follow tour of the property. This is the information that many cemeteries don't want you to know! The book also includes biographies of more than 300 celebrities, from Florence Lawrence ("The First Movie Star") to Jack Lemmon, with dozens of original photos.

This is the must-have book for any history buff, film fan, or celebrity-grave hunter. If you love Hollywood, love history, or just love movies, you'll love this book !

Hollywood Remains to Be Seen: A Guide to the Movie Stars' Final Homes is illustrated with more than 100 photos of celebrities and their grave sites.