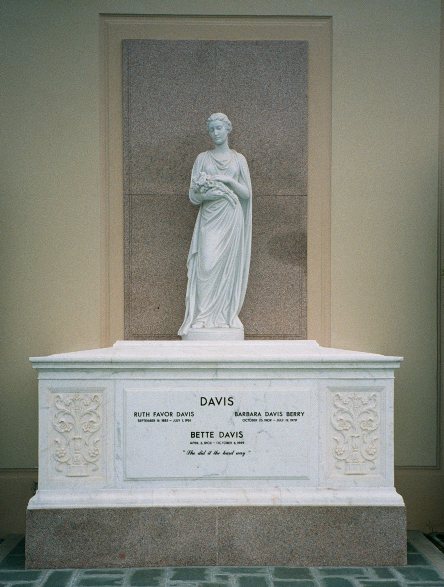 
Bette Davis was one of the most-honored actresses in film history, and is often described as "The First Lady of the American Screen."

After taking acting classes in New York City, where she was a classmate of Lucille Ball, Davis made her stage debut in "The Earth Between" in 1923, and first appeared on Broadway in "Broken Dishes" in 1929. Davis came to Hollywood and made her film debut in "Bad Sister" (1931), which also featured a young actor named Humphrey Bogart. After seeing her performance, Universal studios chief Carl Laemmle said Davis "has about as much sex appeal as Slim Summerville" -- a lanky comedian who also appeared in the film. But the strong-willed Davis persisted, leaving Universal to work for Warner Bros. After a series of powerful performances in "The Man Who Played God" (1932), "20,000 Years in Sing Sing" (1932), "Three on a Match" 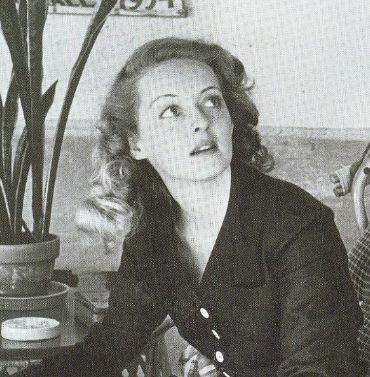 (1932), "Cabin in the Cotton" (1932) and "Ex-Lady" (1933), Davis received the first of her 11 Academy Award nominations for Best Actress for her performance in "Of Human Bondage" (1934). Davis won the award for "Dangerous" (1935) and "Jezebel" (1938). After these successes, as well as her acclaimed performance in "The Petrified Forest" (1936), Davis began to demand more substantial roles. When Warner Bros. didn't provide suitable material, Davis refused a role and threatened to work in Europe, even though she was still under contract at the studio. Davis, who was gaining a reputation as a difficult and temperamental actress, unsuccessfully sued Warner Bros. to break her contract. But, in the end, the studio began to offer her better parts in better films.

By the late 1940s, it was assumed that Davis's career had peaked. But her performance as fading Broadway legend Margo Channing in "All About Eve" (1950) -- a last-minute replacement for the ailing Claudette Colbert -- revived her career, and won her yet another Academy Award nomination. In another role that mirrored her life, Davis received another nomination for her performance as a fading actress in "The Star" (1952). After appearing in a handful of minor films in the 1950s, Davis resurrected her career yet again in "Whatever Happened to Baby Jane?" (1962), in which she played a demented former child star who is forced to take care of her invalid sister, played by Joan Crawford. What happened off screen was probably much more interesting than what happened on screen, as Davis and Crawford were in the midst of a long-running, very personal and vicious feud. Crawford's husband, the former CEO of Pepsi, died shortly before the filming began, and Crawford was still a member of the company's board of directors, so Davis had a Coca-Cola machine installed on the set. But Crawford got some revenge by putting lead weights in her pockets for a scene in which Davis had to drag her across the floor. Despite the turmoil, Davis received her final Academy Award nomination for her performance in the film.

In 1977, Davis was the first woman to receive the American Film Institute's Life Achievement Award. She was on the way home from receiving yet another lifetime achievement award, at the San Sebastian Film Festival in Spain, when she died in Paris in 1989.

Shortly before her death, Davis told an interviewer, "You know what they'll write on my tombstone? 'She did it the hard way.'"