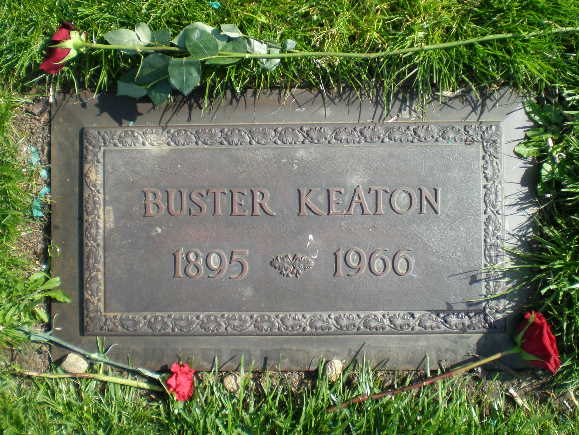 
Buster Keaton, known as "The Great Stone Face," was one of Hollywood's most creative and physically inventive comedians.

Keaton earned his nickname at an early age, when the 6-month-old tot tumbled unharmed down a flight of stairs at a boardinghouse for vaudeville entertainers. (The story that Keaton got his nickname from magician Harry Houdini is probably more legend than fact.) That set the stage for Keaton's lifetime of acrobatic daredevil antics.

Keaton's parents were both vaudeville comedians, and he joined the act when he was 3 years old. The Three Keatons' act consisted of the parents 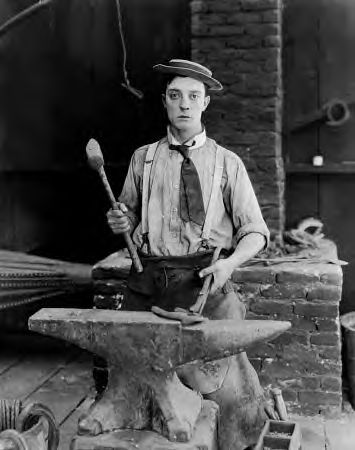 trying to discipline a mischievous child, with Buster being tossed around the stage, even into the orchestra pit. Even at a young age, Keaton was so skilled at physical comedy and possessed such a keen sense of comic timing that many audience members were convinced that he was actually an adult midget.

In 1917, the 21-year-old Keaton was an established vaudeville star, and decided to try his talents in film in New York City. He made his screen debut in "The Butcher Boy" (1917), which was written by, directed by and co-starred Roscoe "Fatty" Arbuckle, who became Keaton's lifelong friend. Keaton and Arbuckle appeared in dozens of comedy shorts over the next few years. In 1920, Keaton came to Hollywood, and released his first feature-length film, "The Saphead" (1920), which established Keaton as a comedy star. He followed that with "One Week" (1920), in which Keaton attempts to construct a house from a do-it-yourself kit. Many fans consider this film to be Keaton's first masterpiece. In 1921, Keaton married actress Natalie Talmadge, of the famous Talmadge sisters, who appeared in several of his films.

The films typically portrayed Keaton, with his trademark porkpie hat and expressionless face, battling some insurmountable adversity. As a director, Keaton was a perfectionist who would never take a shortcut or cheat the audience 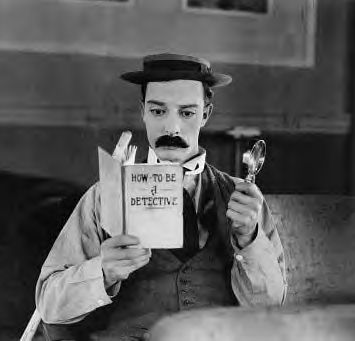 out of a laugh. As an example, in "The Three Ages," he played a caveman fighting with a huge opponent. One scene calls for his foe to throw a large rock at him, and for Keaton to swing his club like a baseball bat, sending the rock back and hitting the other caveman. Rather than film each action separately and edit them together, Keaton used a wide continuous shot with both actors, and filmed 76 takes of the scene until he finally got what he wanted.

By the early 1930s, Keaton's physical health was deteriorating, in part because of the many injuries he received during his performances, as was his mental health, due to battles with alcohol and a second failed marriage. After spending time in a psychiatric clinic, Keaton returned to films in smaller roles, and as a writer and assistant director. After success in several stage appearances, Keaton's career as a performer was revived in the late 1940s. Notable was Keaton's performance in "Limelight" (1952), the only film in which Keaton and Charlie Chaplin appeared together. Keaton also appeared in "It's a Mad Mad Mad Mad World" (1963) and three teen beach movies -- "Pajama Party" (1964), "How to Stuff a Wild Bikini" (1965) and "Beach Blanket Bingo" (1965). Keaton was also the technical advisor on his biography, "The Buster Keaton Story" (1957), which starred Donald O'Connor.

In 1960, Keaton received an honorary Academy Award, "for his unique talents which brought immortal comedies to the screen."