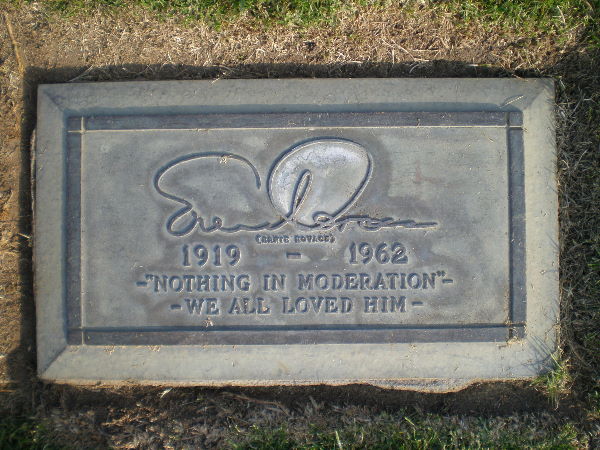 
Ernie Kovacs is often called the first true comedy genius of television -- even though none of his many television series lasted very long on the air.

After a career as a radio broadcaster and newspaper columnist, Kovacs starred in several television series in the early 1950s, beginning with "It's Time for Ernie," in May 1951, and followed by "Kovacs on the Corner," "Ernie in Kovacsland," "Kovacs Unlimited" and "The Ernie Kovacs Show."

Kovacs was one of the first performers to really use the full visual potential of television, making it almost a co-star in his act. Unlike many of the other television series of the early 1950s, Kovacs' shows weren't just recycled radio programs or old vaudeville acts. Kovacs used television and simple special effects to create visual humor that could never be done on radio, and had never before been attempted on television. For example, Kovacs tilted both a table and the camera at the same angle, so the table appeared to be level. When he sat down and tried to pour milk into a glass on the table, the milk appeared to defy gravity and flowed out of the pitcher at an angle. In Kovacs' world, figures in paintings moved, office furniture moved in time to music, and women gradually disappeared 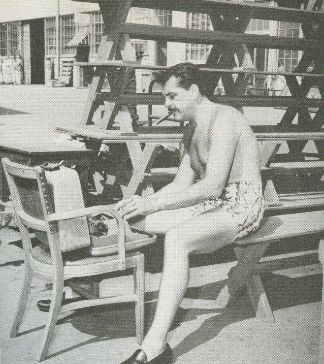 as they got undressed. Kovacs also broke the "fourth wall," separating the entertainer from the audience, and often spoke to his camera crew, the studio audience, and even the audience watching at home -- "I'd like to thank you all for inviting me into your living rooms this evening. It's just a shame you didn't straighten up a little." In early 1957, Kovacs presented the first half-hour, prime-time television show done entirely in pantomime. For Kovacs, television was a brand-new toy to play with.

Kovacs also created memorable characters, including poet Percy Dovetonsils, magician Natzoh Hepplewhite, Professor Bernie Cosnowski, the silent Eugene, Mr. Question Man and the Nairobi Trio - three men in trenchcoats and ape masks who played music. Like most of Kovacs' humor, it's difficult to describe; you really have to see it to appreciate it.

On Jan. 12, 1962, Kovacs was putting the finishing touches on a new film in which he was co-starring with comedian Buster Keaton. Kovacs left work at about 11 p.m. to attend a party at the home of director Billy Wilder in the Brentwood area of Los Angeles, in honor of Milton and Ruth Berle's newly adopted son. Kovacs drove to the party in his white Rolls-Royce, while his wife, singer Edie Adams, drove from home in their new Corvair station wagon. At about 1:30 a.m., Kovacs and Adams left the party to head home to their 17-room mansion on Bowmont Drive in Los Angeles, with Adams driving the Rolls and Kovacs following her, behind the wheel of the tiny Corvair.

About five minutes later, Kovacs was headed south on Beverly Glen Boulevard. As he turned left onto Santa Monica Boulevard, he lost control of the car on the rain-slickened street, and skidded sideways into a steel utility pole at an estimated 50 miles per hour. The impact crushed the driver's door, and Kovacs suffered a fractured skull and broken ribs, which ruptured his aorta, the main artery from the heart. He died quickly, 10 days before his 43rd birthday. His body was partially thrown from the passenger-side door of the wreckage, and an unlit cigar was found on the pavement near Kovacs' hand, leading to speculation that he might have been trying to light the cigar, which caused him to lose control.

Kovacs' grave marker features a facsimile of his signature, but his handwriting is nearly illegible, so the marker also includes his tiny printed name, in parenthesis, beneath the signature. The epitaph includes a quote from Kovacs - "Nothing in moderation" - and the phrase, "We all loved him."

Kovacs is buried next to his daughter, Mia Susan Kovacs (1959 - 1982), who also died in a car crash. Her grave marker includes the inscription, "Daddy's girl - We all loved her, too."