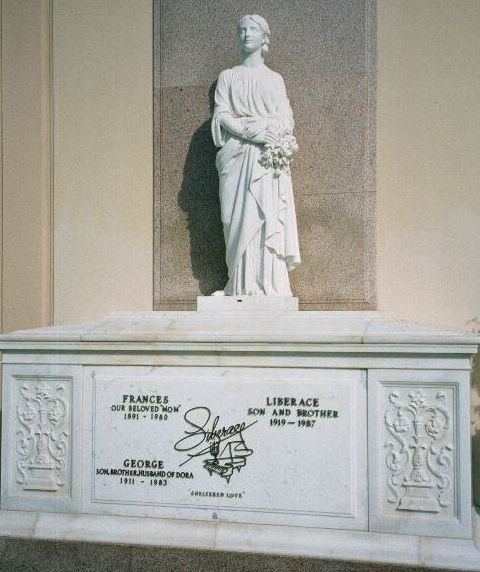 
Best known for his extravagant stage costumes and candelabra-topped piano, Liberace first displayed his musical talents when he learned to play the piano by ear when he was only 4 years old. As a teenager, he was a soloist with the Chicago Symphony Orchestra.

After touring in nightclubs and concert halls, Liberace made his film debut in "South Sea Sinner" (1949), starring Shelley Winters and Macdonald Carey. In 1952, he starred on television in "The Liberace Show," which quickly became an international success. During his concert appearances in the mid-1950s, Liberace started to wear the colorful and flamboyant outfits that soon became his trademark. By the 1970s, he was spending more than $100,000 per year on his jewel-encrusted, fur-covered costumes and jewelry.

Though best known as a concert performer and for his hundreds of television appearances, Liberace also appeared in several more films, including "Sincerely Yours" (1955), "When the Boys Meet the Girls" (1965) and "The Loved One" (1965) -- a filmed version of Evelyn Waugh's scathingly funny novel about the funeral industry in southern California, which was not-so-loosely based on Forest Lawn-Glendale.

The side of his sarcophagus is decorated with a facsimile of Liberace's elaborate signature, compete with a candelabra-topped piano, and the phrase "Sheltered Love." (Since Liberace's theme song was "I'll Be Seeing You," this phrase must have some other meaning.)