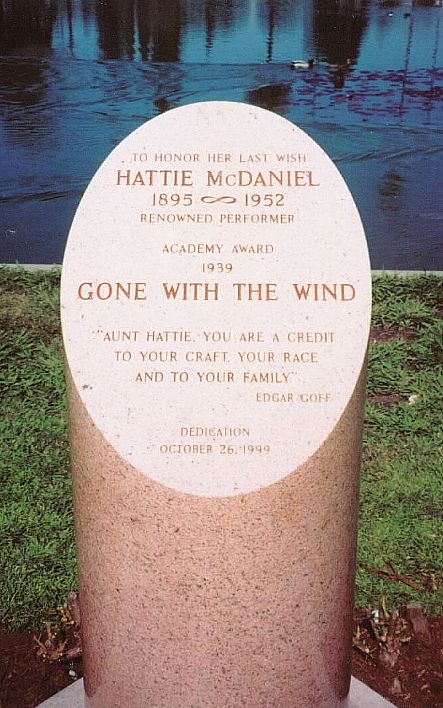 
Although she's not buried at Hollywood Forever, the cemetery features a lovely memorial to Academy Award-winning actress Hattie McDaniel.

When McDaniel died, her last request was to be buried in Hollywood Memorial Park, where all the other movie stars were buried, but the cemetery had a "whites only" policy at that time, so McDaniel was buried in Rosedale Cemetery in Los Angeles.

McDaniel appeared in nearly 100 films, and won the Academy Award for Best Supporting Actress for her performance as Mammy in "Gone With The Wind" (1939) -- the first African-American performer to win an Oscar. She also starred in her own radio and television series.

But, as the campaign for civil rights became more mainstream in the United States, McDaniel felt that many of her friends looked down on her for playing a maid. The irony wasn't lost on her -- it was OK to be a maid for $7 a week but not OK for her to make $700 a week playing that role.

When Tyler Cassity took over ownership of Hollywood Forever 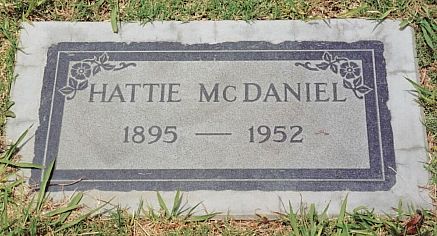 in 1998, one of the first things he did was offer to move McDaniel's remains to honor her final request, but her family decided to leave her where she is.

So Cassity put up the 4-foot-tall, gray and pink granite memorial in October 1999, and invited the public to the dedication ceremonies on the 47th anniversary of McDaniel's death.

The memorial includes a quote from Edgar Goff, McDaniel's grand-nephew: "Aunt Hattie, you are a credit to your craft, your race, and to your family."

Looking across the lake from McDaniel's memorial is another good location at Hollywood Forever to see the "Hollywood" sign on Mount Lee.