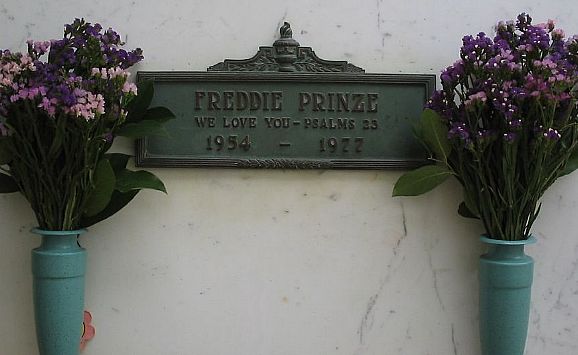 
Comedian Freddie Prinze seems to have become the poster boy for the phrase "too much, too soon." After an incredibly successful early career as a stand-up comedian -- with his first appearance on Johnny Carson's "Tonight Show" when he was only 19 -- Prinze got his own television series, "Chico and the Man," which debuted in the fall of 1974, and was an immediate hit. At the end of the 1974-75 television season, "Chico and the Man" was the third-most-popular show on the air.

But fame came at a high price for Prinze. He became heavily dependant on drugs and obsessed with death, often carrying a handgun and pointing it at his head. In January 1977, despondent over a pending divorce, a restraining order keeping him away from his wife and new son, and unable to kick an addiction to cocaine and prescription drugs, Prinze shot himself in the head in his Los Angeles apartment. He was 22.

Prinze is the father of popular film actor Freddie Prinze Jr., who was only 10 months old when his father died.