How much do you know about
"The Movie Stars' Final Homes"?

(The answers are below, but no peeking!)

1. Which actress is buried under a grave marker that identifies her as "The First Movie Star"?

2. Which famous cowboy star was reportedly buried wearing a belt buckle that spelled out his name in diamonds?

3. All six men who were members of the Three Stooges are buried in the Hollywood area. But who is the only one to have any mention of the Stooges on his grave marker?

4. Which comedian's grave marker contains the epitaph, "Nothing in Moderation"?

6. Which "blonde bombshell" is buried behind a grave marker that identifies her as "Our Baby"?

8. Which film comedian's first child died in infancy, and is buried under a marker that identifies him only as, "The Little Mouse"?

9. Which leading man is buried with his third wife on one side of him, and his fifth wife on the other?

10. Which swashbuckling actor was reportedly buried with six bottles of his favorite whiskey?

11. Which celebrity has as his epitaph, "I'm a writer but then nobody's perfect."

12. Which major star died suddenly and was buried temporarily in a borrowed crypt -- where he remains today?

13. Which talk show host has as his epitaph, "I will not be right back after this message"? 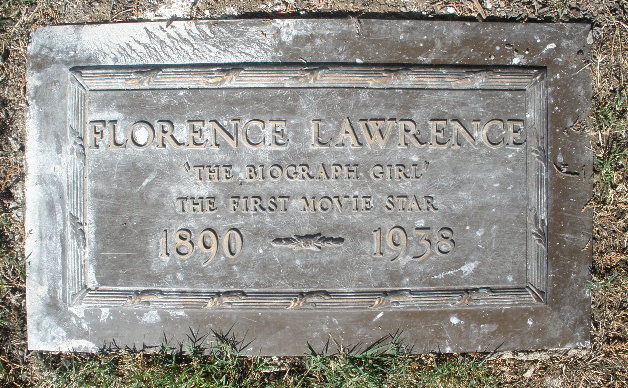 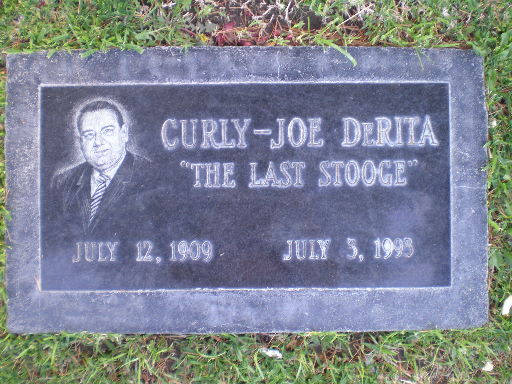 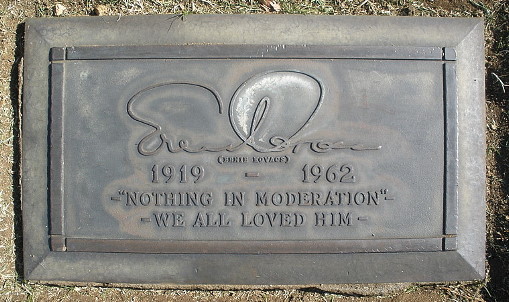 5. Joan Hackett, at Hollywood Forever cemetery. (She used to hang a similar sign on her dressing room door.)

6. Jean Harlow, in the Main Mausoleum at Forest Lawn Memorial Park in Glendale.

7. Clara Bow, who's buried at Forest Lawn Glendale, in the Freedom Mausoleum. 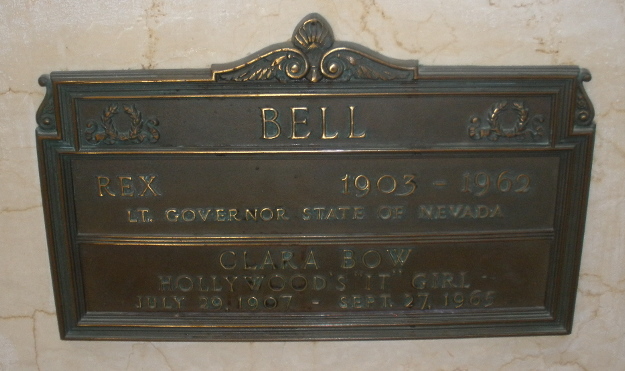 8. Charlie Chaplin's son, Norman Spencer Chaplin, lived for only three days in 1919, and is buried at Inglewood Park Cemetery. 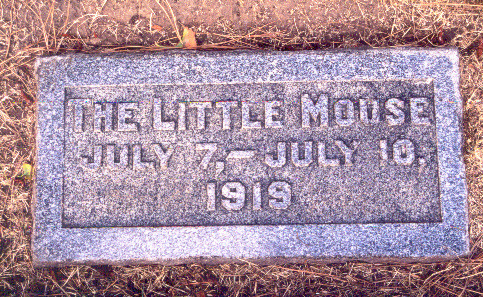 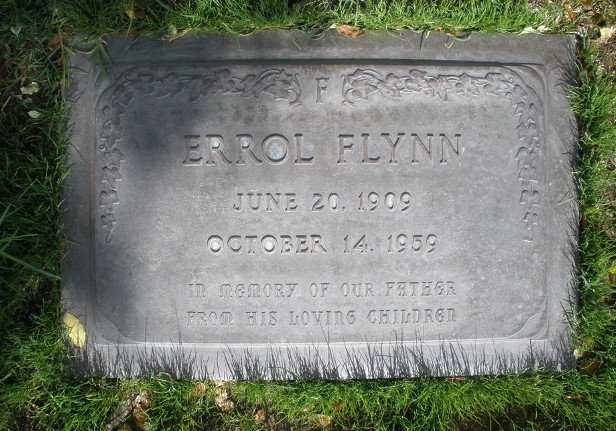 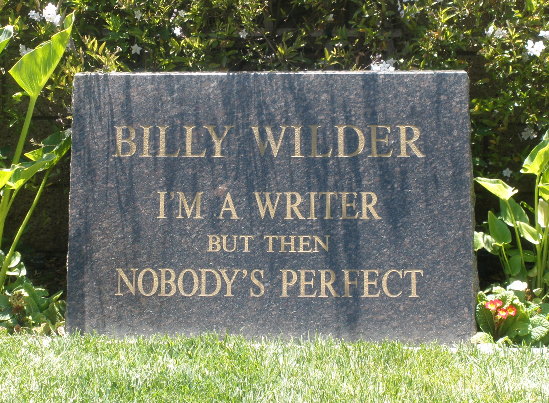 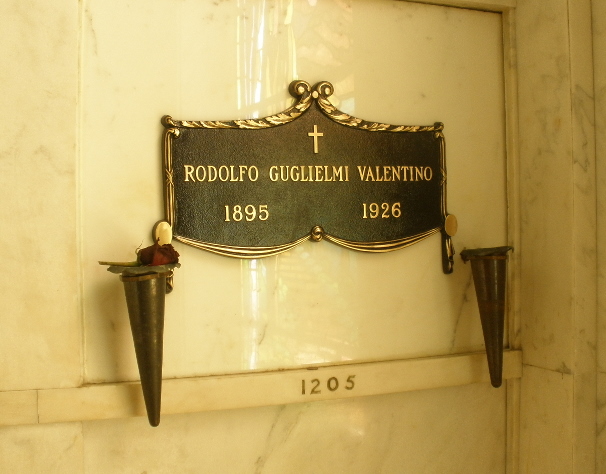 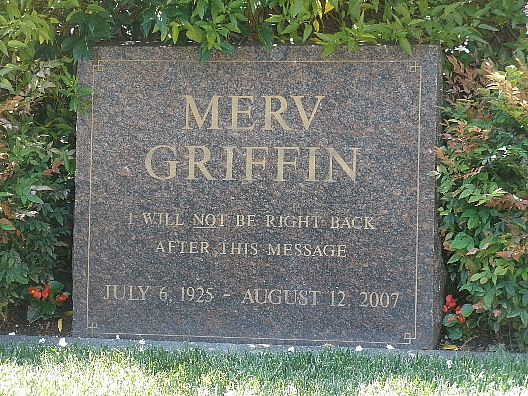