Natalie Wood is one of the few successful child actors who also achieved success as a teen-age star and a leading lady, but is often remembered primarily for her tragic and mysterious death.

Wood made her film debut at the age of 5, as an extra in “Happy Land” (1943). The film’s director, Irving Pichel, remembered Wood several years later when he needed a girl to co-star with Orson Welles and Claudette Colbert in “Tomorrow is Forever” (1946), and signed Wood for the part. Wood next appeared in “The Ghost and Mrs. Muir” (1947) and “Miracle on 34th Street” (1947), the holiday classic in which she plays the skeptical child who doesn’t believe in Santa Claus.

Unlike many young actors, Wood made a smooth transition into adult roles as a dark-eyed beauty, co-starring with more-established (and much older) actors including Frank Sinatra, Tony Curtis, Gene Kelly, Warren Beatty and her future husband, Robert Wagner, in films including “Marjorie Morningstar” (1958), “Kings Go Forth” (1958), “Cash McCall” (1959), “All the Fine Young Cannibals” (1960) and “Splendor in the Grass” (1961), which earned her 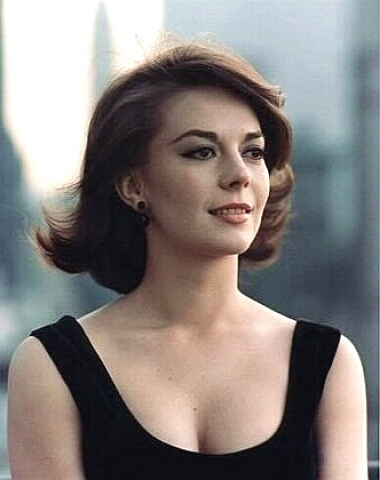 a second Academy Award nomination, this time as Best Actress. Wood also starred in two successful musicals -– although she didn’t do her own singing -– as stripper Gypsy Rose Lee in “Gypsy” (1961) and “West Side Story” (1961).

In 1981, Wood was working with co-star Christopher Walken on a science-fiction thriller titled “Brainstorm.” In late November, Wood, Wagner and Walken went out to spend a few days over the long Thanksgiving weekend on “The Splendour” in the Pacific Ocean near Santa Catalina Island. During one of the nights at sea, Wood tried to leave the yacht and get into an 11-foot rubber dinghy, but she fell into the water and drowned. Her body was found floating in the water the next morning, clad in her flannel nightgown, knee-high wool socks and a down jacket. She was 43.

An investigation into her death revealed that Wagner and Walken had quarreled on the yacht shortly before Wood attempted to leave in the dinghy, and she may have been trying to get away from them. When she slipped and fell into the cold water, the weight of her water-soaked jacket made it difficult for her to climb into the dinghy. Her death was ruled an accidental drowning.

“Brainstorm” was completed using a stand-in for Wood, and was released to poor reviews in 1983.

Wood’s grave identifies her as Natalie Wood Wagner, and includes the inscription, “Beloved daughter, sister, wife, mother and friend – More than love.” Her grave is usually surrounded by potted plants and flowers, and covered with coins.