Aug. 5, 2012 -- It was 50 years ago today when Marilyn Monroe was found dead in her small home in the Brentwood section of Los Angeles. Every year, on the anniversary of her death, fans gather at Westwood Memorial Park to pay tribute and honor her memory.

The annual memorial service began on Aug. 5, 1982, when four fans met at Westwood and formed the "Marilyn Remembered" fan club. Today, the group has members and followers around the world, and many make an annnual trek to Westwood for the service.

In previous years, the service has included presentations by former co-stars, hairdressers, stand-ins, photographers, friends and others who knew her. 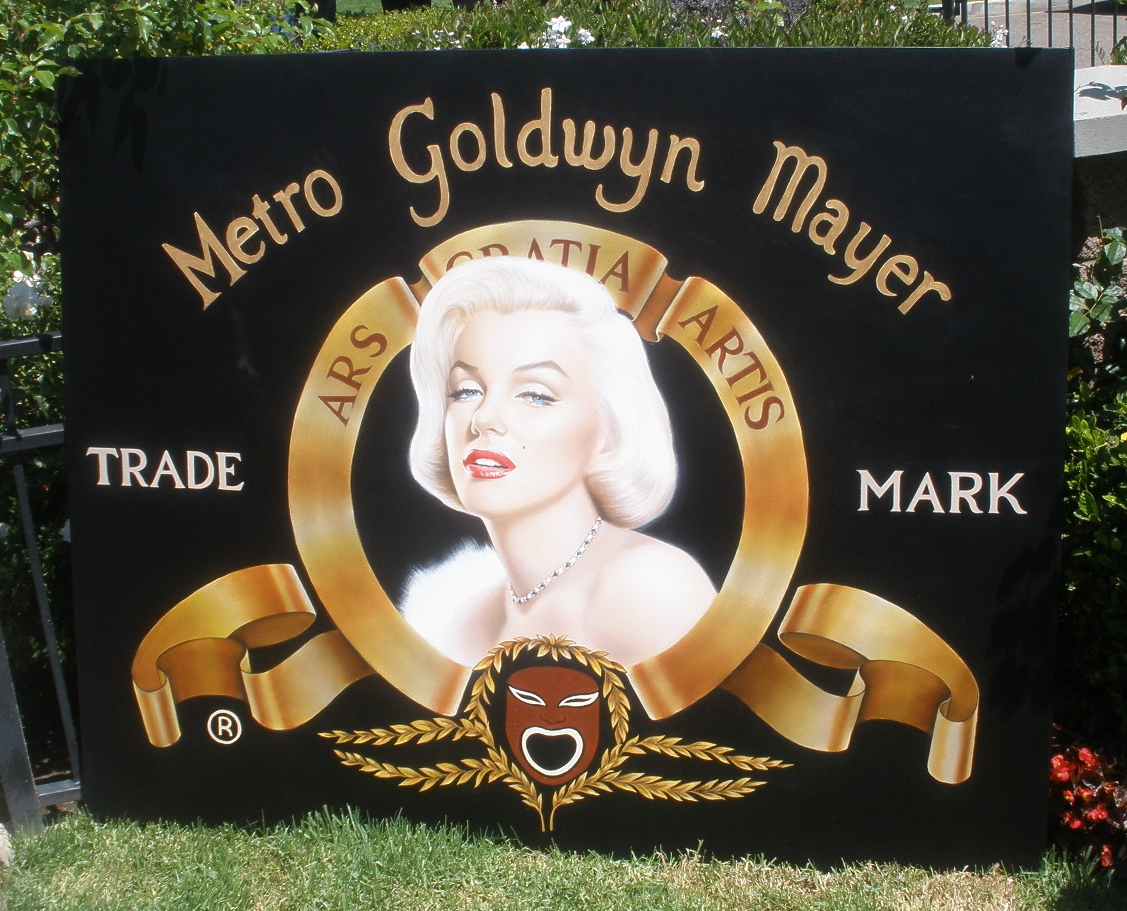 Just in case you weren't sure who the guest of honor was. This was actually pretty impressive. I just want to know where it hangs for the rest of the year. 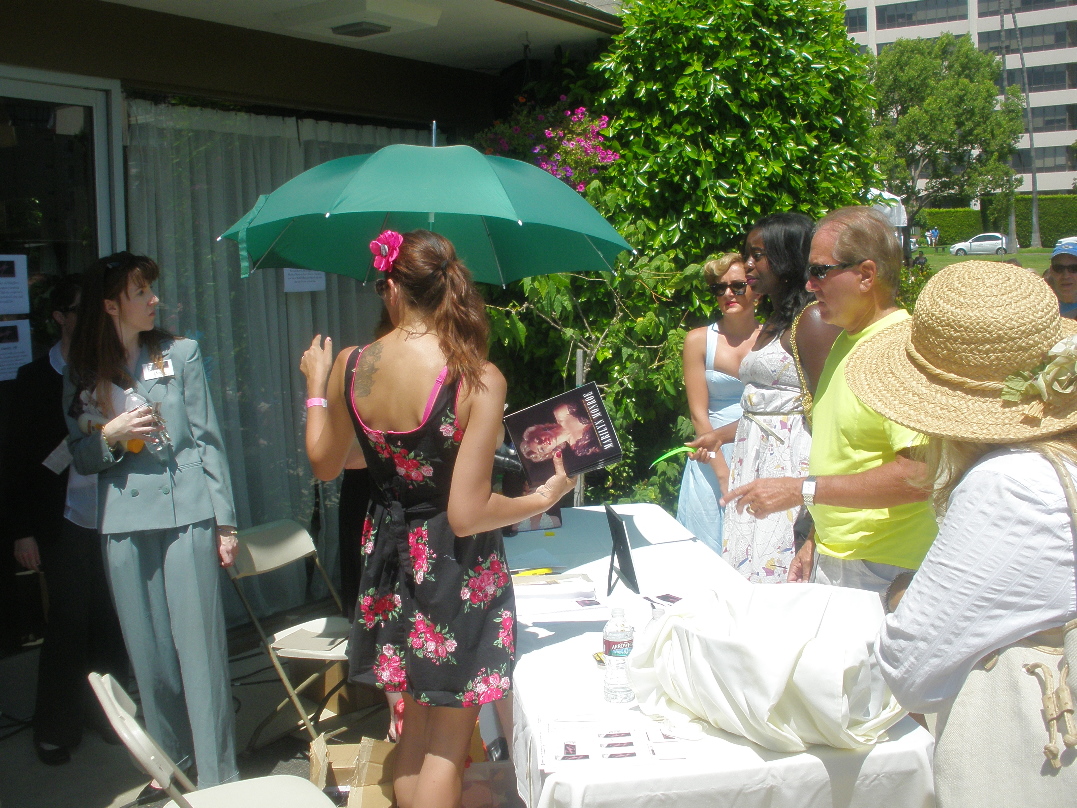 Admission to the chapel was limited to speakers, special guests, event organizers and anyone who got there early enough. Which excluded me, on all counts. 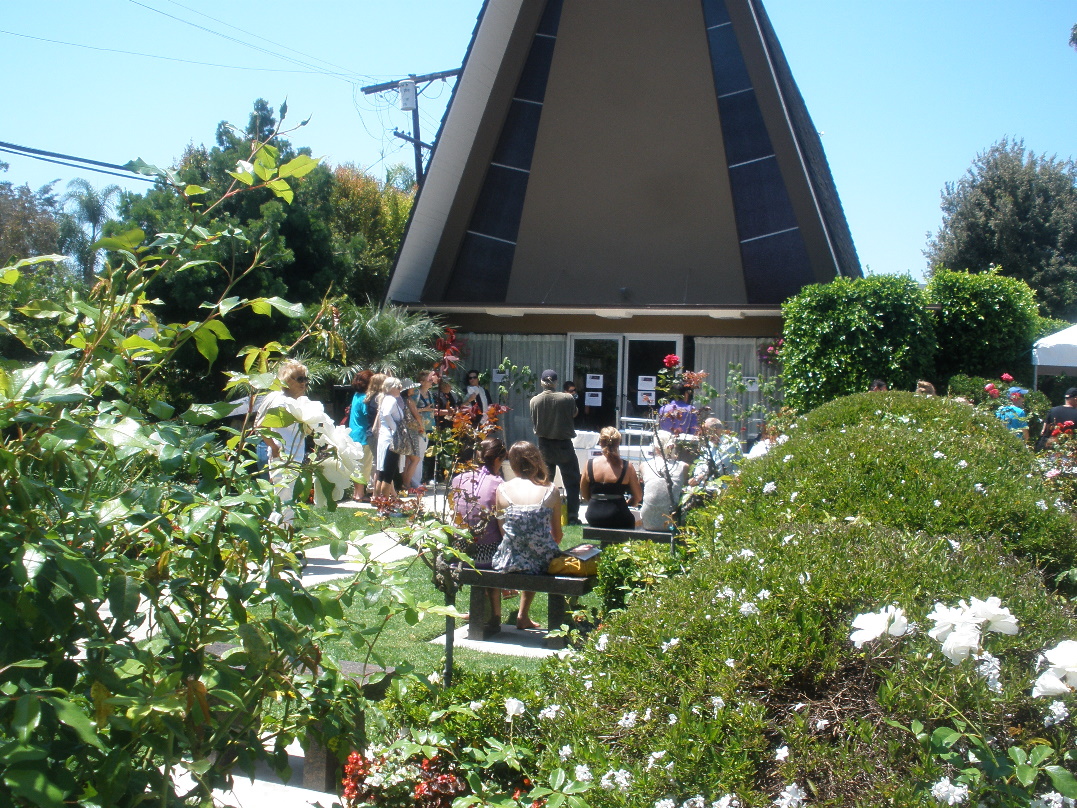 A small crowd gathered on the benches in front of the chapel, where speakers were set up so we could hear the presentations inside. 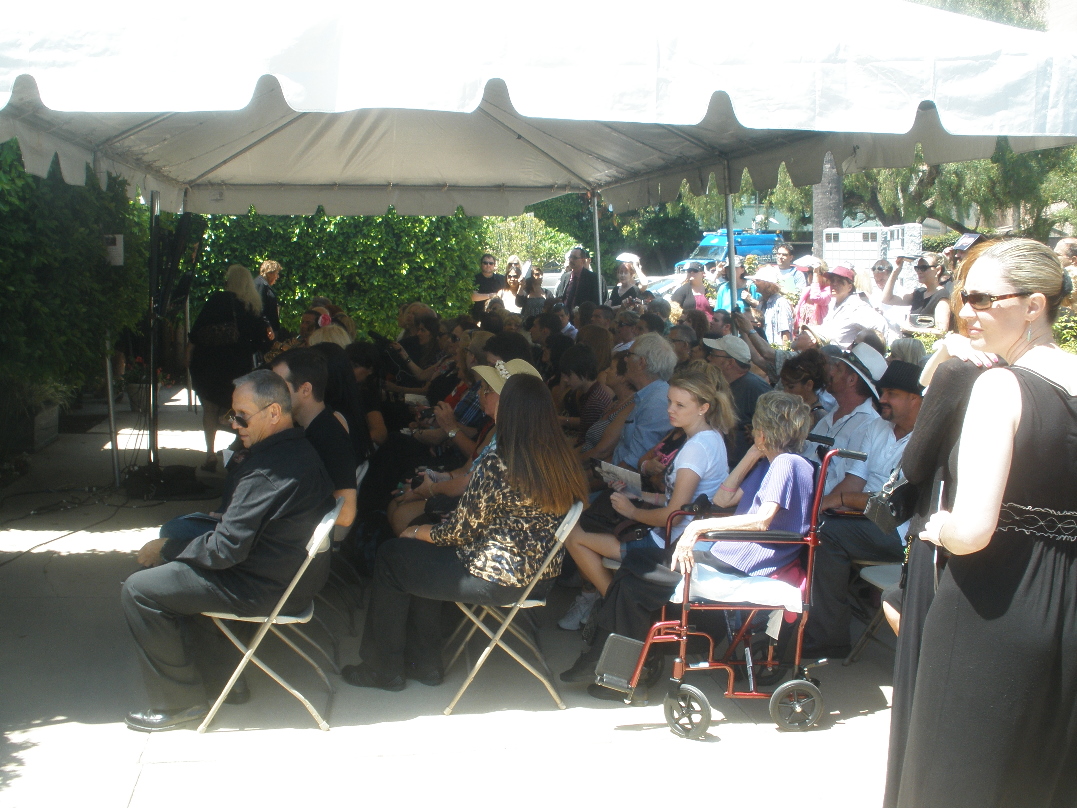 On the side of the chapel, they set up a tent, chairs and a TV so we could also see the presentation inside. I'd guess there were about 200 people outside the chapel, and another 125 or so inside.

Outside, the people without seats just wandered around, back and forth between the chapel and Marilyn's crypt. The entire service lasted about two hours. 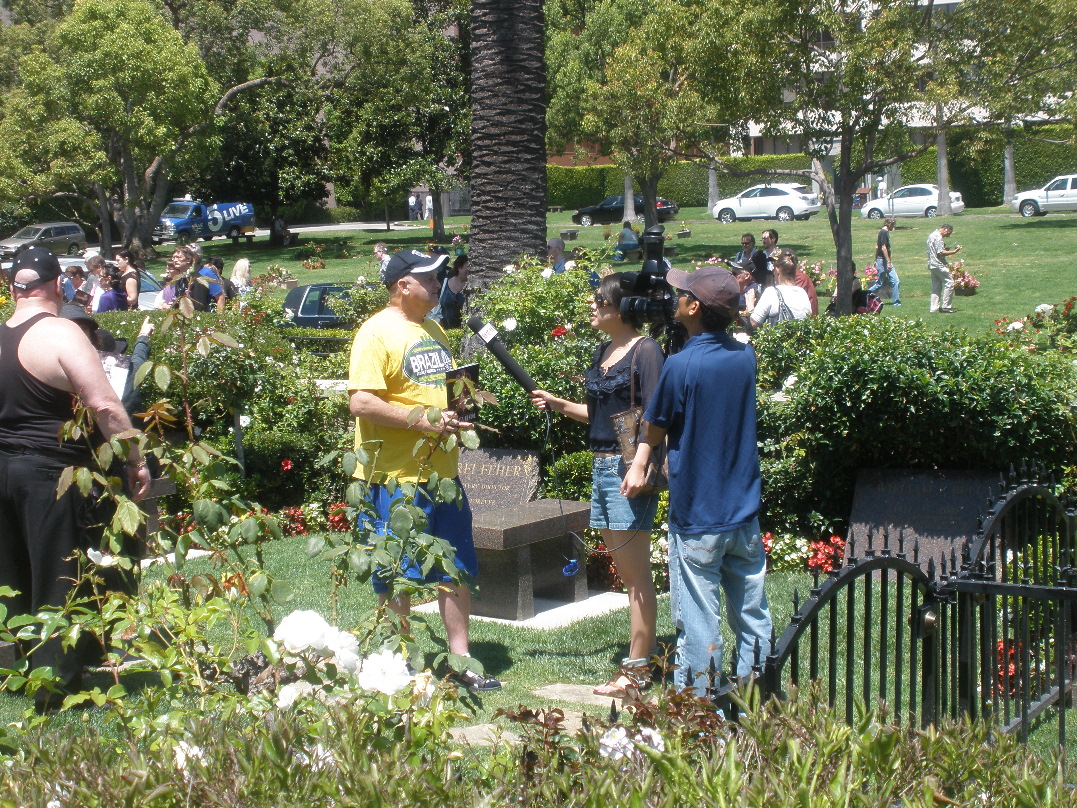 A couple of local TV stations and a couple of international stations were there to interview fans. 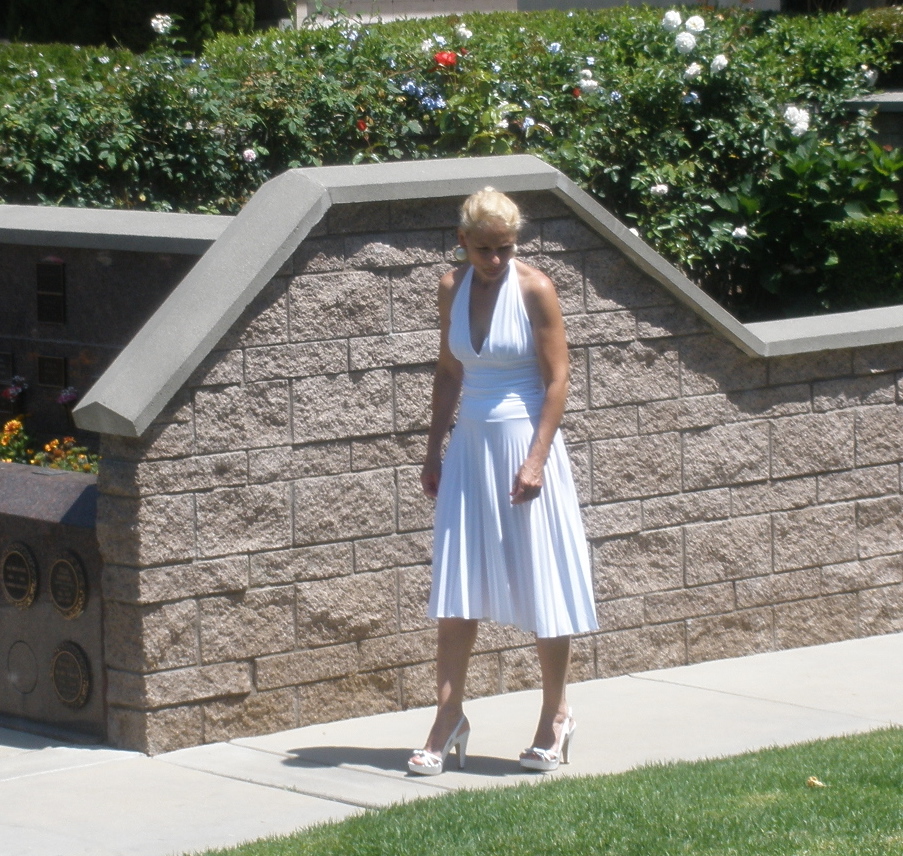 Unlike previous years, there weren't a lot of Marilyn impersonators. I don't think this woman wandering near the recently planted Ray Bradbury is actually an impersonator, but how many chances do you get to wear that "Seven Year Itch" dress? 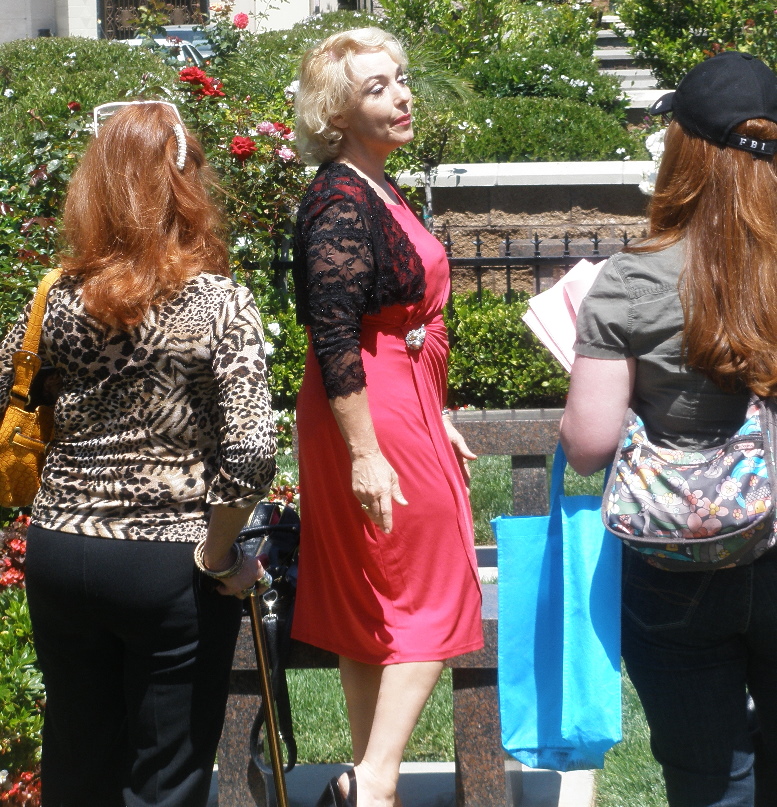 There were, however, a couple of impersonators. 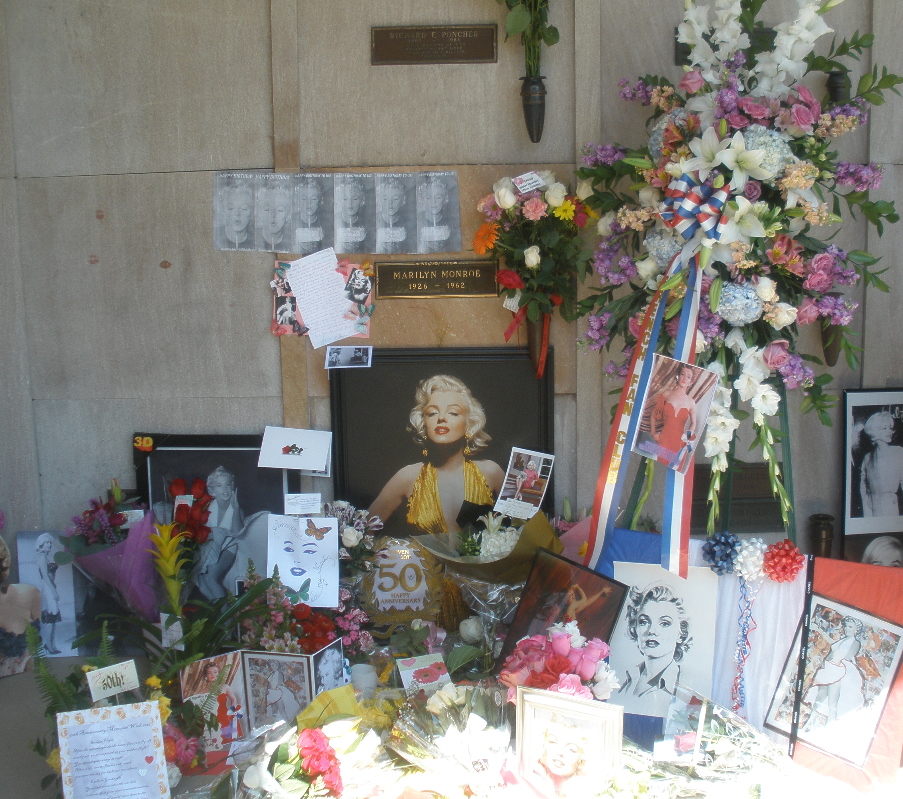 The flowers around her crypt, sent by fans and fan clubs from all around the world. 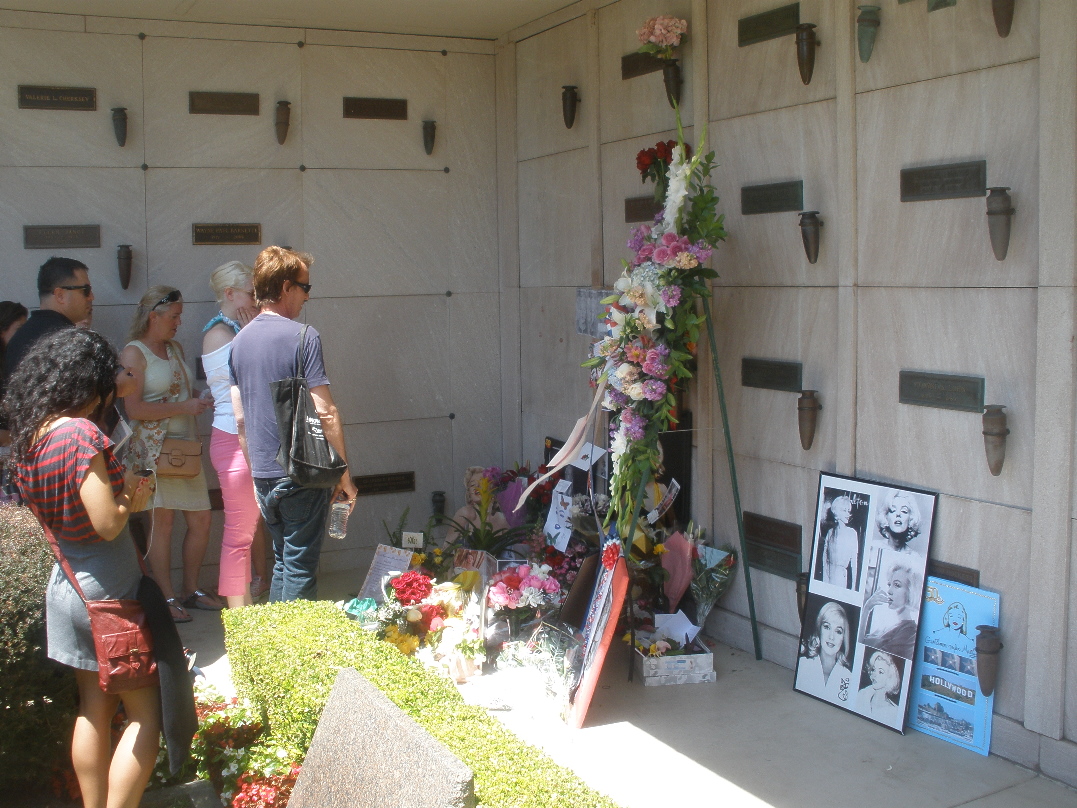 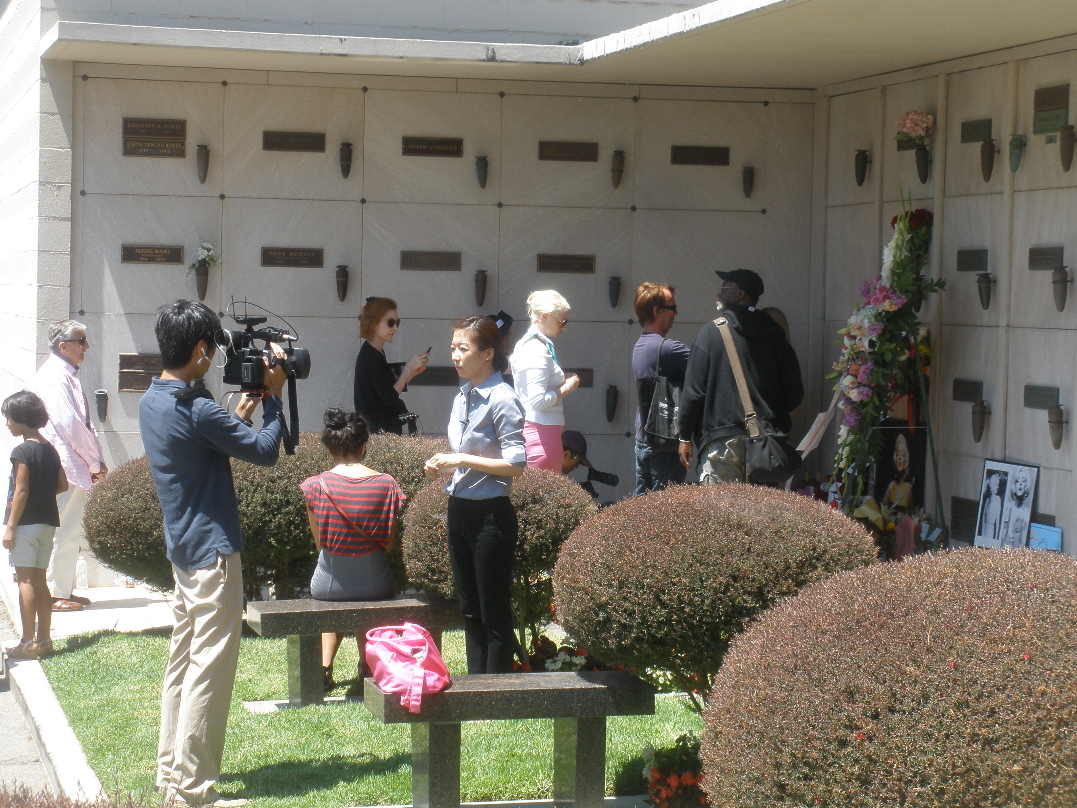 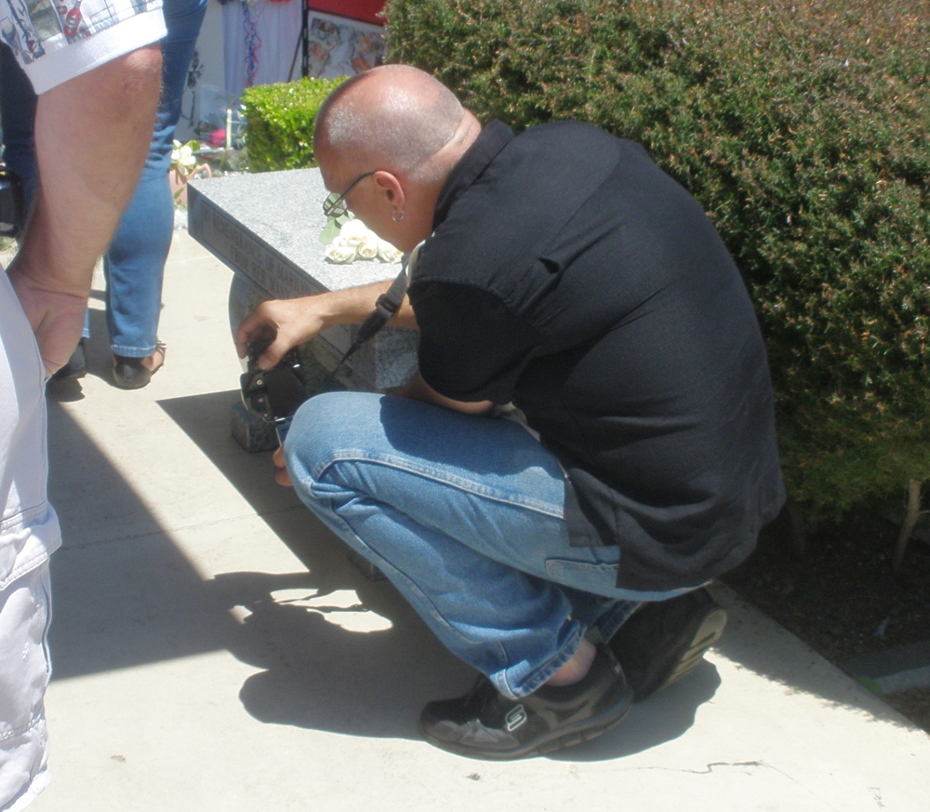 Have you ever wondered how legendary Hollywood tour guide Brian Donnelly gets all those great and unique photos, especially of the Hollywood Walk of Fame ceremonies? It's because he works at it, dammit !! 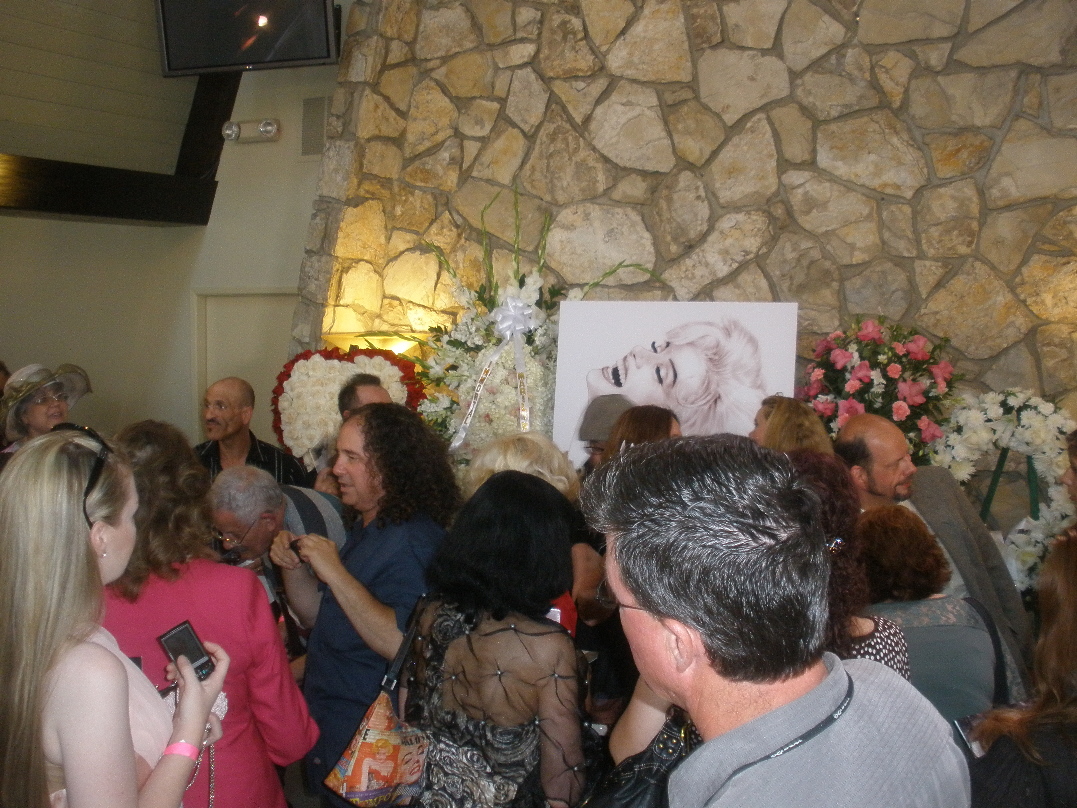 After the service, they let the unwashed masses into the chapel. 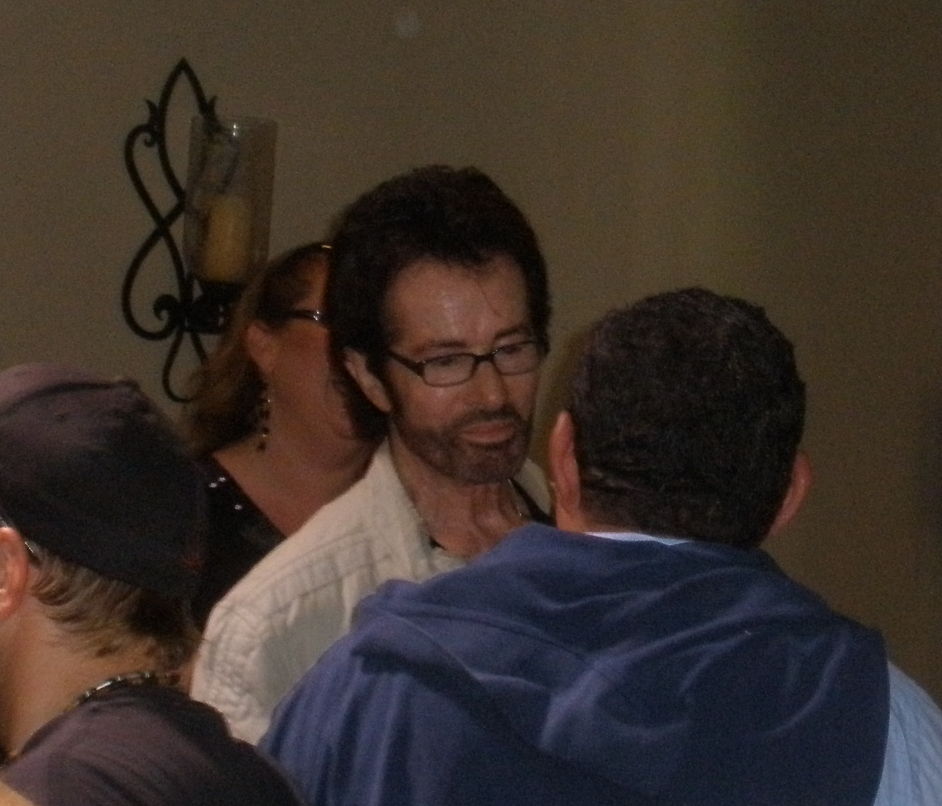 Actor George Chakiris spoke at the service. In addition to winning an Oscar for Best Supporting Actor for "West Side Story" (1961), Chakiris was also an uncredited member of the male chorus in the "Diamonds are a Girl's Best Friend" number in "Gentlemen Prefer Blondes" (1953). (Wanna see proof? That's him on the far right, with the distinguished gray in his hair. And I'm pretty sure that's Marilyn in the dress. It's a good thing the Sharks never saw him in that goofy outfit, or they would have roughed him up a little.) And next month, he turns 78. I hope I look that good when I'm ... heck, I wish I looked that good now. 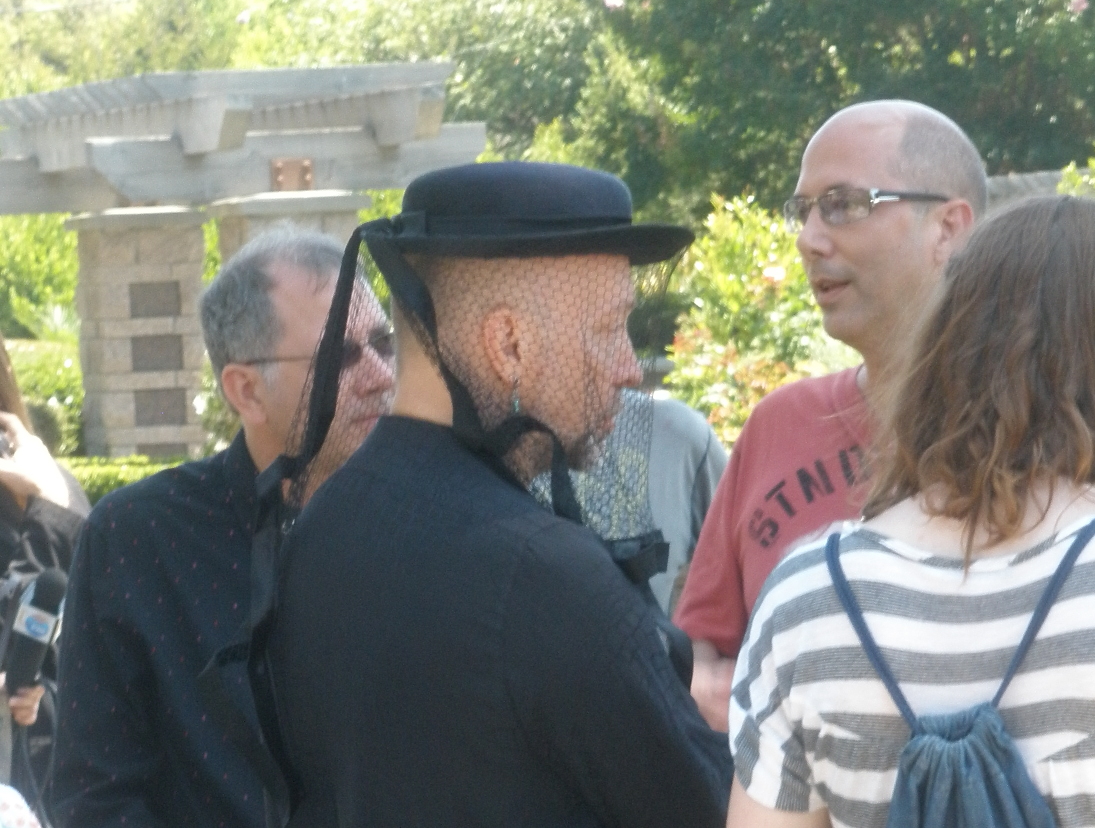 One of the mourners, talking with the late Jeanne Carmen's son, Brandon. 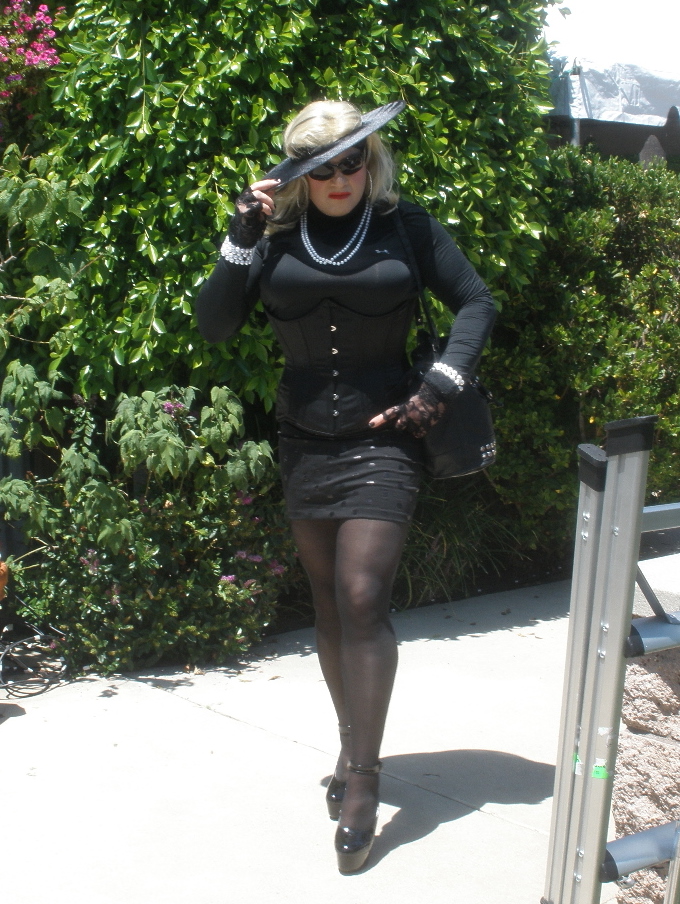 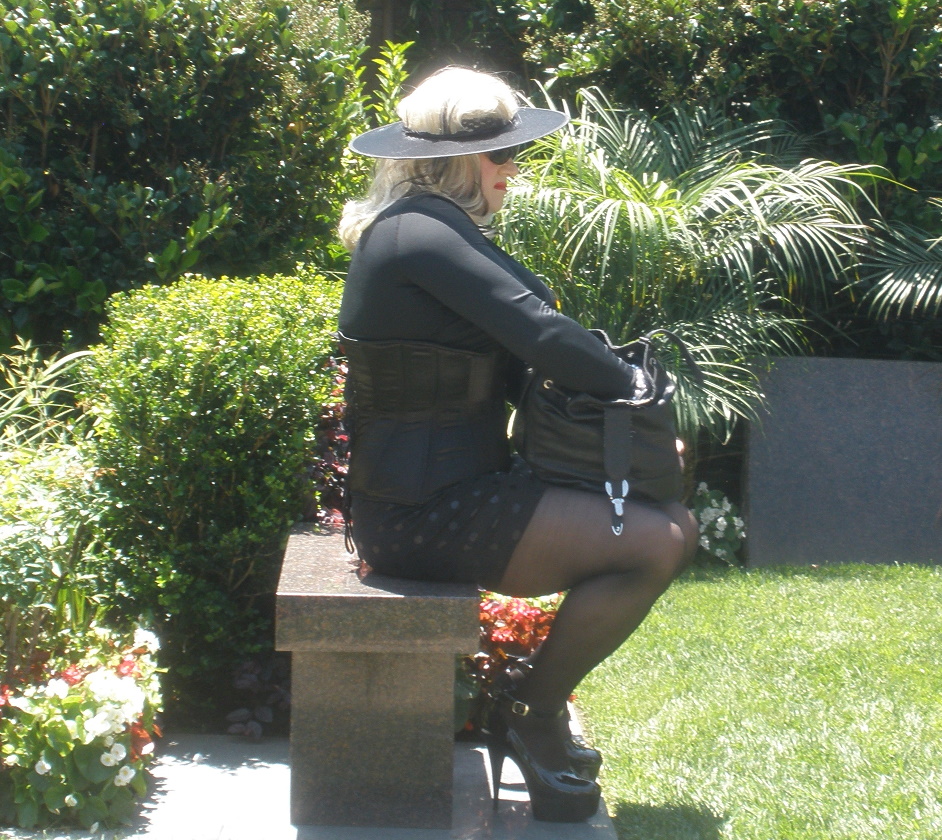 A moment of quiet reflection. 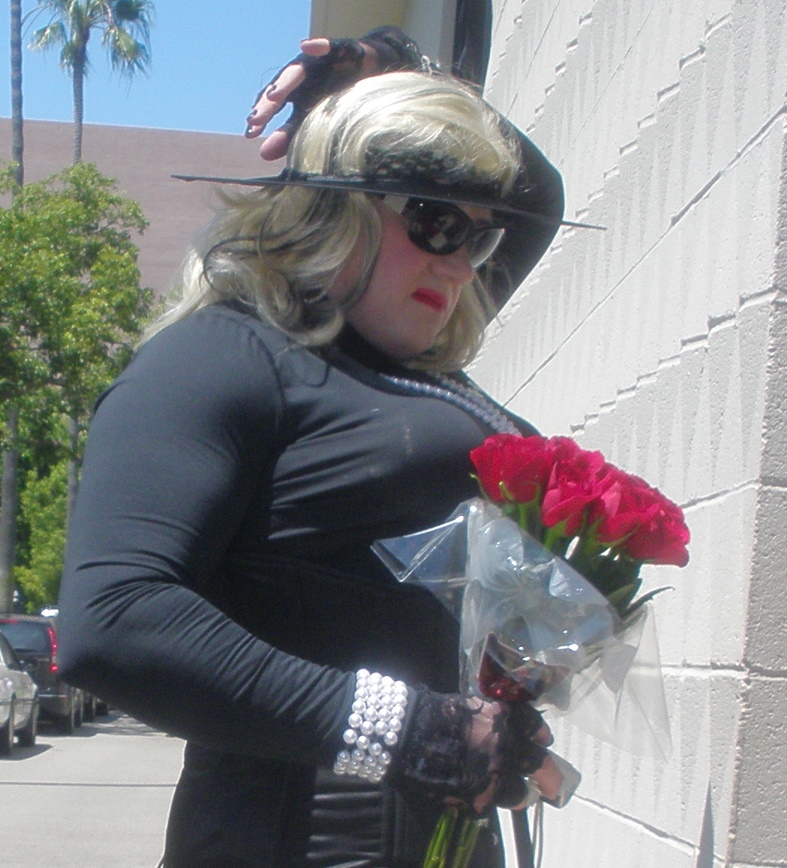 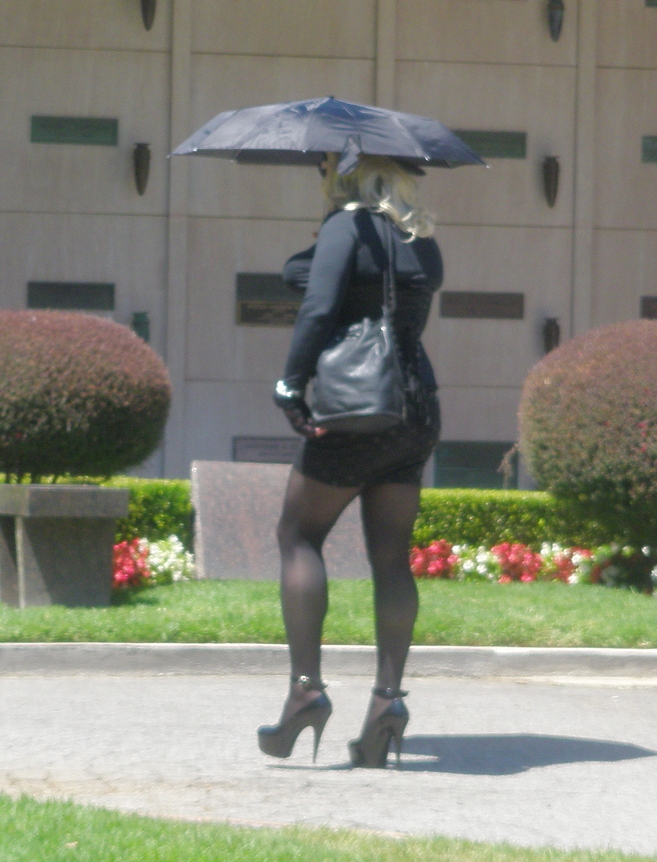