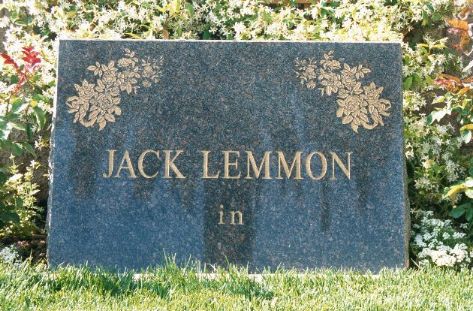 
Jack Lemmon was the "everyman" actor who excelled in both comedic and dramatic roles, and won Academy Awards in both areas. His career included everything from belly-laugh comedy to gut-wrenching tragedy, from Shakespeare to "The Simpsons." In nearly 100 films, Lemmon typically played slightly flawed but deeply likeable characters struggling, not to exceed, but just to survive.

The Harvard-educated son of a Boston doughnut company executive, Lemmon began his acting career in college. After serving in the U.S. Navy during World War II, Lemmon worked as a beer-hall piano player in New York City, and appeared in radio productions, television dramas and off-Broadway plays before making his film debut in "It Should Happen to You" (1954), co-starring with Judy Holliday. The following year, Lemmon co-starred with Henry Fonda, William Powell and James Cagney in "Mister Roberts" (1955), the filmed version of the successful Broadway play. Lemmon's performance as Ensign Frank Pulver, the scheming laundry and morale officer on a World War II supply ship, earned him an Academy Award as Best Supporting Actor.

After appearing in several more comedies over the next few years, including "You Can't Run Away From It" (1956), "Operation Mad Ball" (1957) and "Bell, Book and Candle" (1958), Lemmon co-starred with Tony Curtis and Marilyn Monroe in "Some Like it Hot" (1959), which usually tops most critic and fan lists as the best American comedy. (The film probably wouldn't have become a comedy classic, however, if the producers had gotten their wish of Frank Sinatra to play Lemmon's role.) 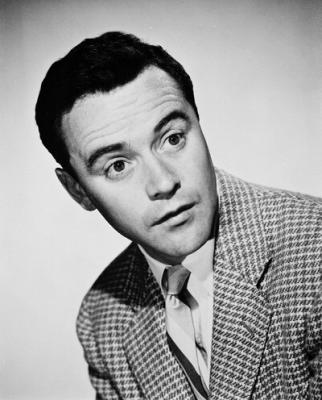 Lemmon and Curtis play Chicago musicians who witness a murder, and hide from the mob dressed in drag as members of an all-female band, with Monroe as the ukulele-playing band singer. While Curtis pursues Monroe, Lemmon is pursued by a wealthy eccentric, played by Joe E. Brown. The film was nominated for six Academy Awards, including a nomination for Lemmon as Best Actor, but took home only one statuette, for Best Costume Design. "Some Like it Hot" was also Lemmon's first film with director Billy Wilder.

Lemmon and Wilder next teamed in "The Apartment" (1960), co-starring Shirley MacLaine and Fred MacMurray. Lemmon played a mid-level executive who tries to climb the corporate ladder by loaning out his apartment for his bosses' afternoon trysts. A stellar mix of comedy and tragedy, "The Apartment" won Academy Awards for Best Picture, Best Director and Best Screenplay, and Lemmon was again nominated for Best Actor.

Lemmon earned his fourth Academy Award nomination for "The Days of Wine and Roses" (1962) for his role as a public relations executive who sinks to the depths of alcoholism, then tries to pull both himself and his wife, played by Lee Remick, back up to sobriety. Several times during the film, just before taking a drink, Lemmon would say, "It's magic time." In fact, Lemmon used that phrase throughout his career, just before stepping in front of the cameras.

Lemmon returned to comedy in "The Fortune Cookie" (1966), again directed by Billy Wilder, and notable as Lemmon's first film with long-time co-star and off-screen friend Walter Matthau. Two years later, Lemmon and Matthau co-starred in their most famous collaboration, "The Odd Couple" (1968), written by Neil Simon, with Lemmon as the persnickety Felix Unger and Matthau as the slovently Oscar Madison, two recently divorced men forced to share an apartment.

Lemmon finally won his Academy Award for Best Actor for his performance in "Save the Tiger" (1973) as a bitter, corrupt businessman. Lemmon was the first actor to win Academy Awards as both Best Actor and Best Supporting Actor. Since then, four other actors have taken home both awards -- Gene Hackman, Jack Nicholson, Robert DeNiro and Kevin Spacey.

Lemmon played primarily dramatic roles in the 1980s and 1990s, including Academy Award-nominated performances in "The China Syndrome" (1979), "Tribute" (1980) and "Missing" (1982), giving him a total of eight Oscar nominations in his career. Lemmon won his only Emmy Award for his performance in the television film, "Tuesdays With Morrie" (1999).

Lemmon died a few days before the first anniversary of Matthau's death, and is buried just a few feet away from his long-time friend and co-star.