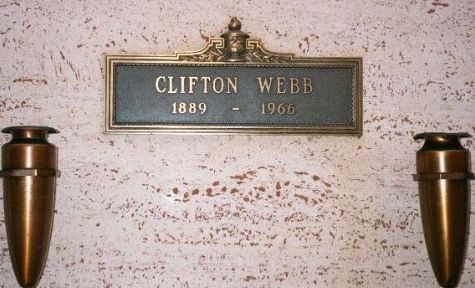 
The final resting place of actor Clifton Webb is one of two locations at Hollywood Forever Cemetery that are reportedly haunted.

Webb was trained as an actor and dancer at a very young age, and was an experienced performer by the time he reached his teens. He quit school at 13 to study music and painting and, at 17, he sang with the Boston Opera Company. Later, he danced at nightclubs and dance halls in New York City at the same time as another young dancer who would later find success in films, Rudolph Valentino. Webb then began appearing in musical comedies and dramas on both the Broadway stage and in London.

In the early 1920s, Webb came to Los Angeles and made his film debut with a small role in "Polly With a Past" (1924). After appearing in a handful of films, Webb went back to Broadway in 1930. He returned to Hollywood as the elegantly creepy society columnist Waldo Lydecker in "Laura" 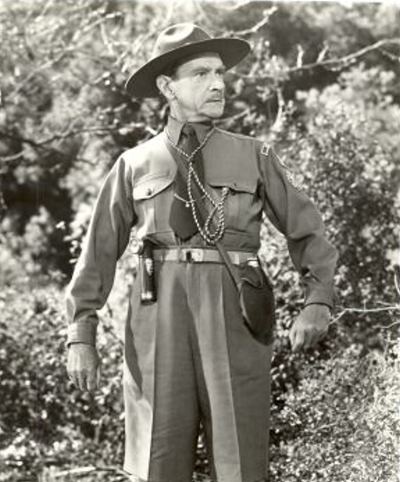 (1944), for which he was nominated for the Academy Award as Best Supporting Actor. He was also nominated for his supporting role in "The Razor's Edge" (1946), and for his lead role in "Sitting Pretty" (1948).

Despite his image as a pedantic fussbudget, Webb was a well-known figure on the Hollywood party circuit, usually escorting his mother, Maybelle, to parties and dances until she died in 1959. Visitors to the mausoleum have reported seeing a ghostly figure of a well-dressed man near Webb's crypt, and his home on Rexford Drive in Beverly Hills was reportedly haunted from the time of Webb's death until it was torn down. Before his death, Webb told friends that he loved the home, and he would never leave it, even after his death.